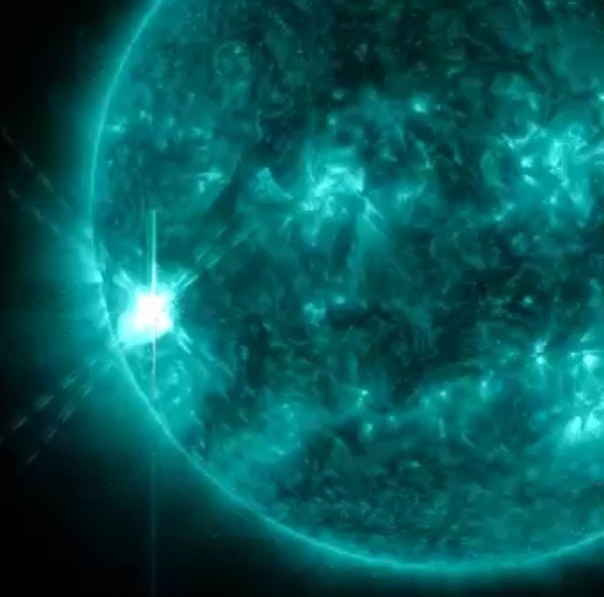 Radiation from the flare created waves of ionization in the upper atmosphere over Asia and Australia (the daylit side of Earth) and possibly HF radio blackouts at high latitudes. The blast did not, however, produce a significant coronal mass ejection (CME). No auroras are expected to result from this event.

This is the 4th significant flare from AR1598 since it emerged over the southeastern limb only three days ago. This means more flares are probably in the offing, and they will become increasingly Earth-directed as the sunspot turns toward our planet in the days ahead. Stay tuned for updates.