I notice everyday that earthquakes occur in Hawai’i, 100’s a day… Today, I’m realizing there are so many volcanoes being labeled to cause those rumbles. Check out these images below from my “volcano up” app. Centralized earthquake movement like this with a big gap of no quakes below the near bordering line of Mexico to the south and near the border of Canada to the north – might predict a larger earthquake to come. The concentration of small earth movement between California and Washington states is creating a friction that needs to give. The energy needs to be released!!! Be ready. Be prepared. 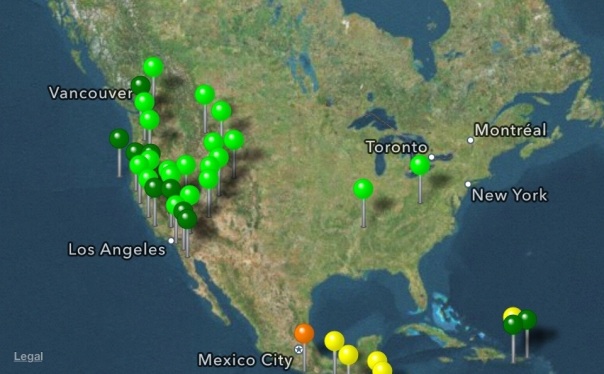 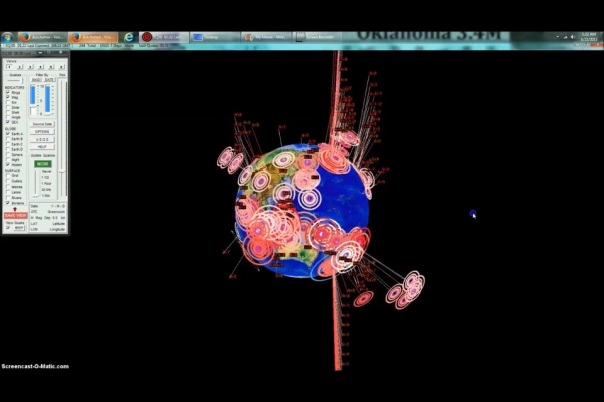 This past week we have had some significant earthquakes- last night August 15, a 6.8 struck New Zealand’s mainland. August 13, a 6.6 hit the south of Panama. August 12, a 6.2 hit near the northern coast of Peru. August 12, a 6.0 hit Kermadec Islands Region and less than a day before that a 6.0 hit Kepulauan Babar, Indonesia.

Seems like a lot of major activity between only a couple days!

Is ISON or our second sun influencing these quakes? Will a major earthquake like never seen before hit Seattle in the coming days? Be prepared for the worst to come. 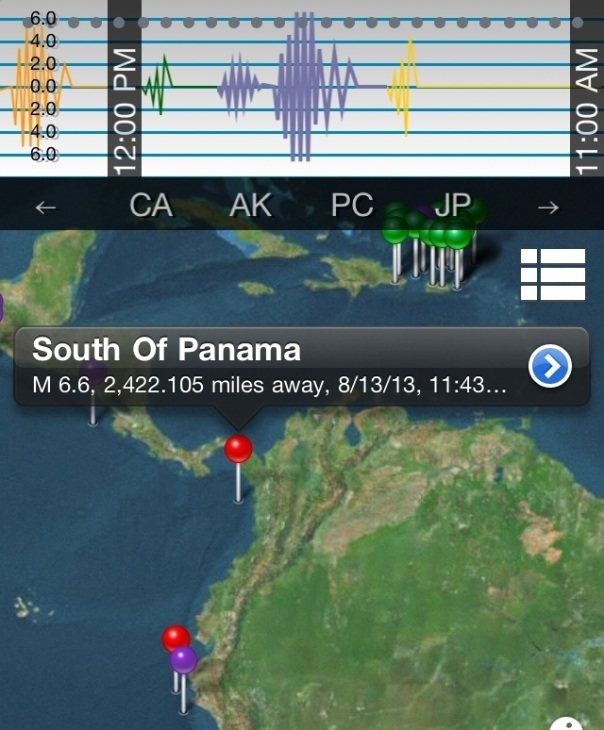 How safe is fracking? Will we be experiencing more earthquakes? What about Radon Gas- a highly radioactive cancer causing gas found when fracking shale gas?????

The oil and gas industry is seeking to expand natural gas production across the nation, as new technology makes it easier to extract gas from previously inaccessible sites. Over the last decade, the industry has drilled thousands of new wells in the Rocky Mountain region and in the South. It is expanding operations in the eastern United States as well, setting its sights most recently on a 600-mile-long rock formation called the Marcellus Shale, which stretches from West Virginia to western New York.

Nearly all natural gas extraction today involves a technique called hydraulic fracturing, or fracking, in which dangerous chemicals are mixed with large quantities of water and sand and injected into wells at extremely high pressure. Fracking is a suspect in polluted drinking water in Arkansas, Colorado, Pennsylvania, Texas, Virginia, West Virginia and Wyoming, where residents have reported changes in water quality or quantity following fracturing operations.

Natural gas producers have been running roughshod over communities across the country with their extraction and production activities for too long, resulting in contaminated water supplies, dangerous air pollution, destroyed streams, and devastated landscapes. Weak safeguards and inadequate oversight fail to protect our communities from harm by the rapid expansion of fossil fuel production using hydraulic fracturing or “fracking.”

For more reads about Shale Gas and Fracking- this is a very important insight into the Radon, which is a highly radioactive gas that is found in shale gas being used and going to be used more here in the United States.

A 6.3 mile deep earthquake hit northern Italy. This area seems to be very active and I’d say there is more to come, but I’m not a scientist- just an observer.